Because Men Are Worth It Too!!

Posted on August 18, 2010 by thefocusonyoublog

I was at a show a few weeks ago where I’d been asked to talk about my new range of Focus on You eyewear and as the best way to show how good the frames are is just to lay them out and let people try them on for themselves, that’s exactly what I did.

It just takes one person to put a pair on and then it seems to catch like wildfire as everyone tries styles that are a bit funky or a bit different.

Anyway there was a guy there who was wearing a pair of pilot specs – after chatting to him later he said he had worn the same old style for years.  It felt safe and, as he usually went to the optician on his own, even if he did try on something different, he didn’t actually have the confidence to buy them.

Here’s Michael with his old glasses: 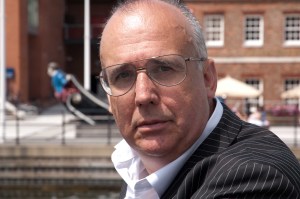 Anyway, Michael Birchmore picked up a pair of glasses and tried them on and all the ladies milling around told him what a huge improvement the new style was.  A few added how the new style ‘took years off him’!

Here’s Michael with his new eyewear: 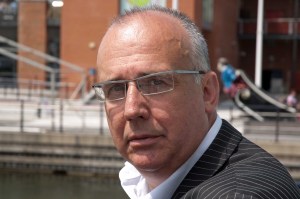 Michael ordered them on the spot.  He got a copy of his prescription from his optician and his new eyewear was with him within a few days.

I don’t think everyone will make such a dramatic change as Michael but I am certainly getting great feedback on how easy it is to buy eyewear this way and, how much fun it can be when you’ve got your friends on hand to give you advice!